Hi everyone! Today I have a review post for you, I had hoped to get this done last week but I ended up going away for work so I didn’t have the time. Booo!

Here are some rather lovely things from Moyou Nails!

These items where all sent to me for my honest review!

This is What The Lovely People At Moyou Nails Sent.

Here are the stamping plates, they are 5.5cm across and have a paper backing, they are really nicely finished with no sharp edges and the etching looks very crisp and feels like a good depth.

Here is the (rather messy) stamper (I really should get a lint roll).

The stamping head is the same size as the large end of the Konad double ended stamper, I did find that the Moyou stamper is slightly firmer than the Konad one. It needed no preparation and it picked up the images really cleanly.

The first plate I tried is 101, look at those cute little owls!

The base polish is Skyscraper from China Glaze, I wanted to use a dark polish just to see how well the white stamping polish really works and as I was already wearing this polish and I thought it would be good to practice on, but it turned out so well I decided to keep it! 😀

I have to say I was not disappointed with the stamping polish! I’ve only ever used standard polish for stamping in white until now, so I don’t actually have anything to compare this with, but the difference is remarkable! 😀 I think I’m going to have to try a few other colours from the stamping polish range! 😀 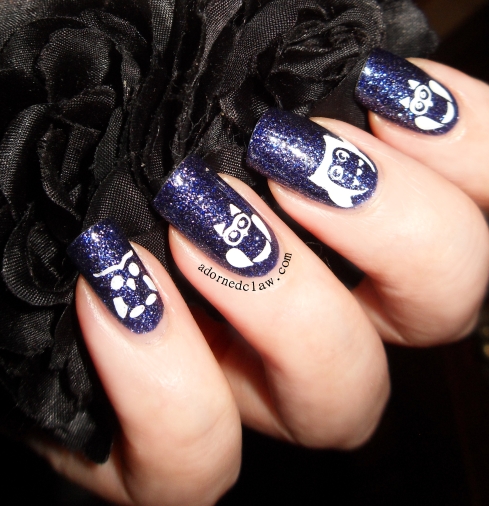 The second plate I chose is plate 103, I decided to try the zebra print design.

It turns out that french tip stamps are probably the most difficult kind of stamp to get lined up and stamped evenly, and this was my third attempt, as I have quite a pronounced c-curve to my nails I found it was very difficult to use the firm stamper so I ended up using my purple squishy stamper for this mani.

The base colour I chose is Yummy Mummy from Butter London and the black on the tips is Twilight from Filthy Gorgeous.

I used tip guides to get the lines sharp with the black polish, then a thick coat of Seche Vite for a smooth surface to stamp on.

I found it much easier to line up the image by pressing my nail onto the stamper rather than the other way around! 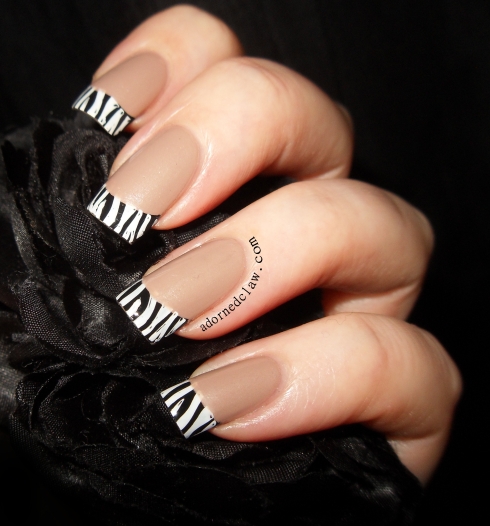 This is the first time I have used products from Moyou Nails and I have to say I am impressed with the quality of plates and the lovely stamping polish!

Here is the Website for Moyou Nails if you would like to have a look at their other lovely things.

And you can find the facebook page right Here!